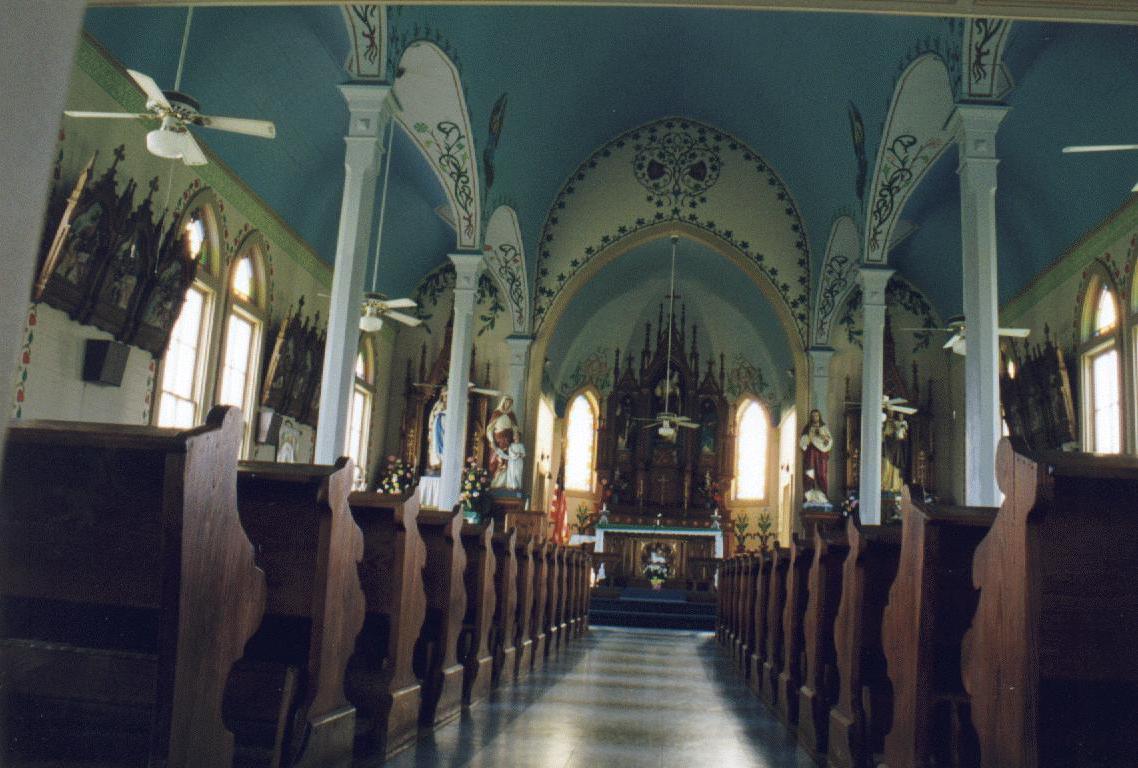 The year was 1856 when a small group of families from the Northeastern part of Moravia made the long and difficult trip to Texas. After a brief stay in Cat Spring and after some of the families were discouraged by the rough terrain of Texas headed to Iowa -- the remaining group pushed onward to Fayette County.

Judge August Haidusek, who was twelve years old when he made the journey, recalled later in life when they arrived at the spot they called Dubina. (In Czech the word dub means oak grove). "It was afternoon at the end of the month of November, a brisk northerner was blowing. It was raining and sleeting when we arrived by wagon at a spot studded with oaks," Judge Haidusek said.

"Here, soaked with the rain, we were left at the mercy of the weather; the only protection was the branches of the spreading oaks... The good women wept for fear of freezing to death. The men took the situation in hand the best they could by building a huge fire. After supper, which was served later, a long night vigil followed. No one slept because of the cold and rain."

These early Czech settlers were a strong lot with a deep faith in God. They constructed their first church after the Civil War in 1877. They topped the church with an iron cross made by freed slave and blacksmith, Tom Lee.

The first church was destroyed, like many of the other churches in the area, by a hurricane in July 1909. The community raised $5,571.90 to build a new church. The community hired the now-prosperous architect, Leo Dielmann, to draw up plans. The church's steeple was again topped with the same iron cross, fashioned by Mr. Lee, which was salvaged from the debris of the previous church.

No records survive as to who painted the interior of Saints Cyril and Methodius. Vines, oak leaves and angels adorn the sky blue ceiling and walls. But the painting was whitewashed over in the 1950's.

In the 1980s another area judge, Ed Janeckas along with Butch Koenig, led the community in restoring the church. Judge Janecka recalled as an altar boy seeing the faint traces of the earlier designs when the sunlight hit the walls of the church.

They uncovered the old designs. Some of the original stencils were found as well. Where they were a little unsure, the community took some artistic liberties. Said Judge Janecka, "I took artistic license when I painted the last angel to the left of the choir loft, so she's even more colorful."

Today Saints Cyril and Methodius Church with its bright painting inside and out, stands strong and proud against the Texas sky. It is a reminder of the early settlers' faith in God and their will to survive.