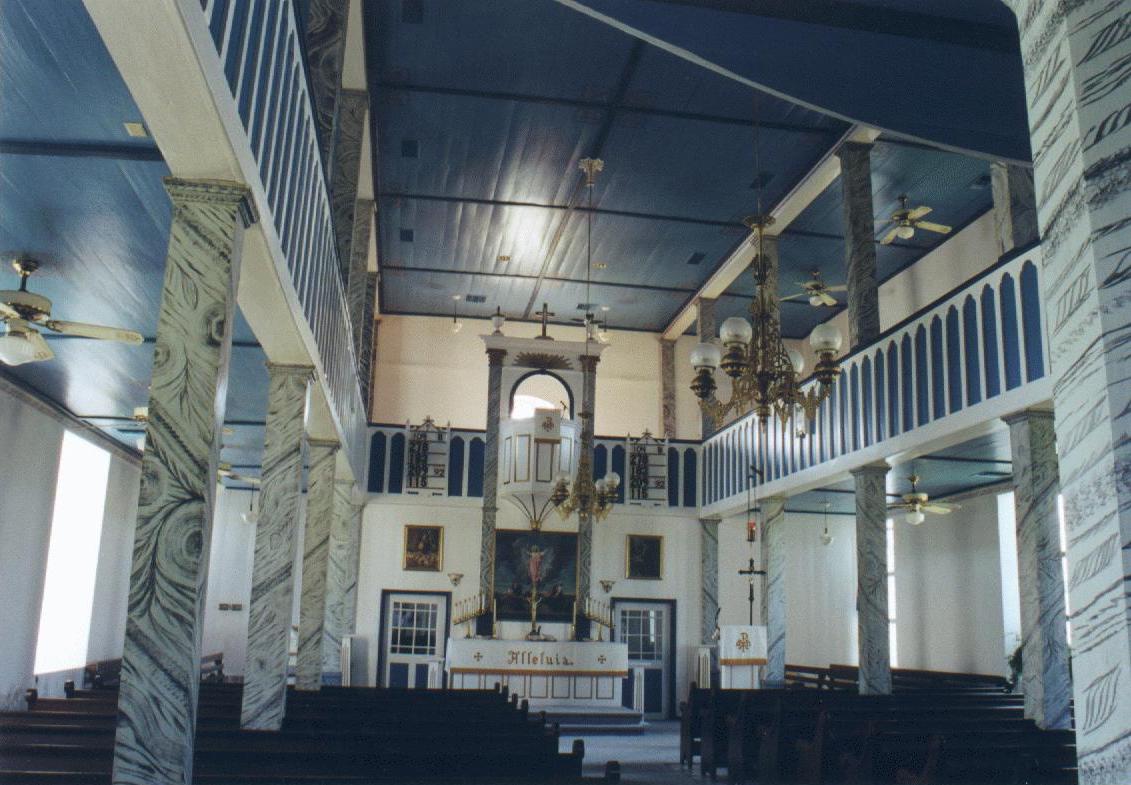 Artist: The community painted the interior

Serbin: The Culture of the Wends

In September of 1854, Pastor Johann Kilian and more than 500 Wendish immigrants left Hamburg, Germany to sail for Texas. Seventy- three members of the party died on the voyage. The community of the Wends sought out the religious freedom offered in Texas as well as cheap, plentiful land. The Wends have their own culture and language. The church they built in 1870 reflects their culture and heritage.

When first walking into Saint Paul’s, you might remark, “Wow! This church is a double-decker!” Saint Paul’s boasts the tallest pulpit in Texas. And it is placed in the upper level of the church.

Christians have used two levels for seating the congregation for centuries. In fact, one of the oldest churches in Rome has what was once called a “matrimonium” still intact. The custom was to seat mothers and children up in this balcony-like seating, while the men sat below. Saint Paul’s worked just the opposite. Men sat up in the balcony and women and children sat below.

Old-timers who worshipped in the Catholic Painted Churches as well as the Lutheran Saint Paul’s remember men and women sitting apart until about the time of World War II. Today in all of the painted churches, there are no special rules for where men and women sit.