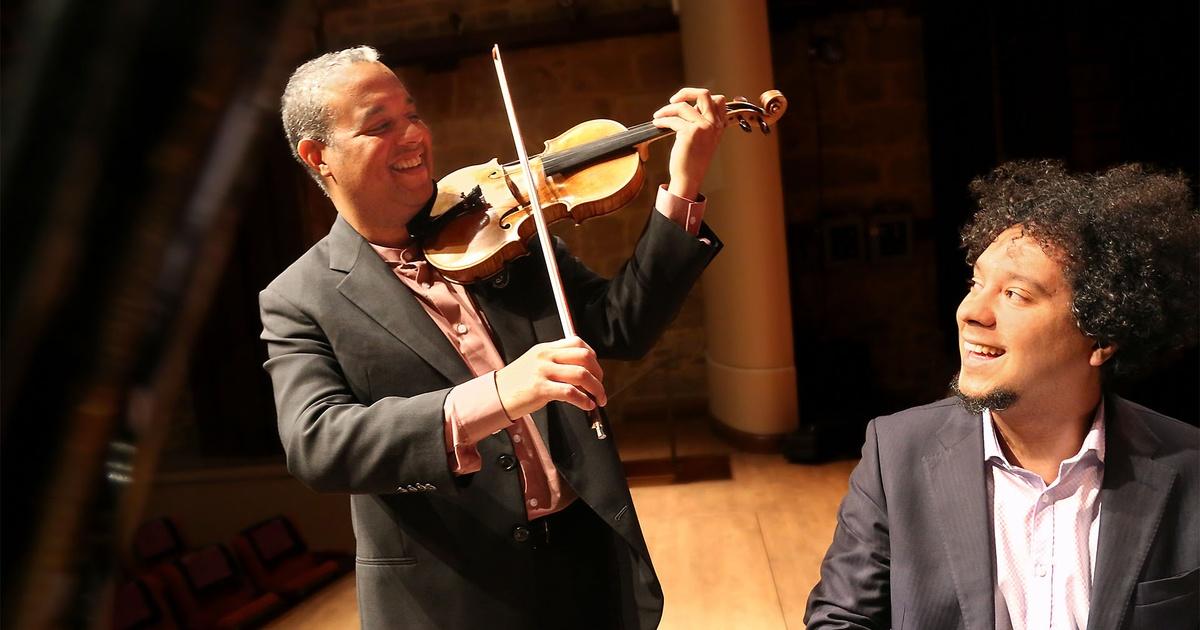 Hispanic Heritage Month is September 15 through October 15 and Austin PBS is filled with content to celebrate!

Ingrediente follows Michelin star and American born chef, Drew Deckman as he runs his sustainable outdoor kitchen and restaurant in Valle de Guadalupe, Mexico. As Deckman reaches the pinnacle of his career, Covid 19 hits and is forced to shutter his restaurant located in Mexico's premier wine region. During the closure, Deckman feeds his staff and their families every day and 200 local fisherman and their families weekly. Ingrediente is visually stunning, scored by Mark Kilian (Pitch Perfect) and tells the compelling story of one restauranteur who represents every small business owner worldwide during the pandemic.

Undocumented Mexican-Americans examines US policy decisions that triggered the rise of undocumented immigration in a deeply moving documentary program that explores the under-reported lives of Mexicans living and raising families in the United States. In telling the stories of several undocumented Mexican-Americans, Beyond Borders reveals the reasons why millions of Mexican workers have settled in the U.S. over the past four decades instead of returning home. It also illuminates the remarkable networks that connect the film's characters with the families they left behind and the very real human impact of the anti-immigration backlash now sweeping the country.

Crossing South is a travel show which takes us on a journey South of the border. Bilingual travel companion and host, Jorge Meraz, helps us get to know the people, vernacular, foods, customs and places frequented by the locals. This series helps us see there is so much more to Mexico than what we hear on national news.

Discover the life and career of Raul Julia, the charismatic, award-winning actor and humanitarian known for versatile roles on stage and screen, from Shakespearean plays to "The Addams Family."

Follow John Leguizamo's path to Broadway with his latest theatrical showcase, "Latin History for Morons," a comedic yet pointed look at the systematic repression of Hispanic culture throughout American history.

Virtuoso Afro-Cuban-born brothers-violinist Ilmar and pianist Aldo-live on opposite sides of a geopolitical chasm a half-century wide. Tracking their parallel lives in New York and Havana, their poignant reunion, and their momentous first performances together, Los Hermanos/The Brothers offers a nuanced, often startling view of estranged nations through the lens of music and family.

Landfall - After the fallout of Hurricane Maria, Puerto Rico faces a new threat: disaster capitalism.
Stateless - An electoral campaign uncovers the complex history and politics of Haiti and the Dominican Republic.
The Song of the Butterflies - Indigenous painter Rember Yahuarcan discovers why his ancestors' stories cannot be forgotten.
Fruits of Labor - Ashley, a Mexican American teenager, must become the breadwinner when ICE raids threaten her family.
La Casa de Mama Icha - Decades after moving to the United States to help her daughter, Mama Icha returns to Colombia.
On The Divide - Latinx members of the community in McAllen, Texas, home to a reproductive health clinic, are profiled.

Fiesta Quinceañera - Latina girls and a seasoned drag artist host their own quinceanera, a colorful rite of passage.
Santuario - After 25 years of living in America, a Guatemalan grandmother is threatened with deportation.

José Andrés, ThinkFoodGroup chef and owner, and World Central Kitchen founder, talks about his transition from chef to humanitarian, how his organization is feeding people around the world and policies he hopes the Biden administration will adopt to end the hunger crisis in America.

10. Poetry In America: Looking for the Gulf Motel

Richard Blanco's poem "Looking for The Gulf Motel" transports readers to 1970s Florida, recalling a Cuban American family’s vacations on the sparkling sands of Marco Island. Blanco and international superstar Gloria Estefan join Elisa New and a chorus of Cuban American adults in Miami and middle school students in New York City to reflect on family and what it means to call a place home.

American Exile - Two Mexican American brothers, both decorated Vietnam veterans, find themselves facing deportation.
The Pushouts - Former gang member Victor Rios is a professor, author and expert on the school to prison pipeline (on Austin PBS Passport).
Porvenir, Texas - The true story behind the 1918 massacre of 15 Mexican men in this tiny border town is revealed.

The stories of five Cubans shed light on how Cuba is shaped by an ongoing culture of revolution.