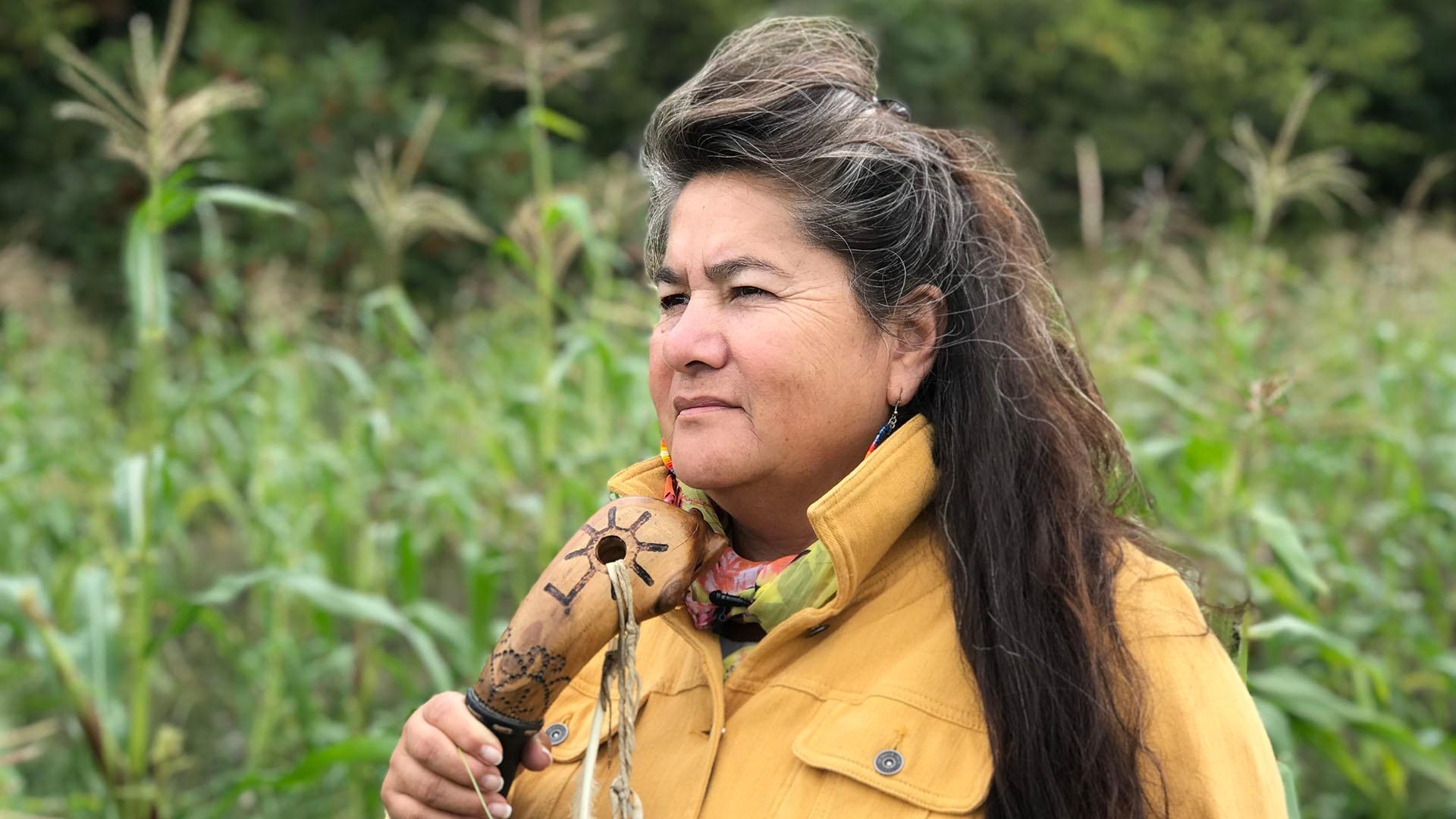 This November Austin PBS is celebrating the many contributions and sacrifices of our Indigenous citizens during Native American Heritage Month.
Tune in to Austin PBS and commemorate these important stories.

The Warrior Tradition
This inspiring and largely untold story explores the history of Native Americans in the United States military from their own points of view. They have fought for the United States in every war since the nation began. Even in the Vietnam War, 90% of the 42,000 Native people who served were volunteers. Why would men and women put their lives on the line for the government that took their homelands? The reasons are complex — patriotism, pride, courage and spirituality all intertwined with an abiding respect for familial, tribal and national traditions. Jamescita Peshlakai of the Navajo Nation says, “It is about defending what we love... courage is not muscle and strength, it is about standing up for what is right. And that is the warrior way.
Tuesday, November 10 at 11 p.m. on Austin PBS

We're Still Here
Through their music and work in communities and in schools, First Nation Indigenous hip-hop artists in Canada lead an effort to right long standing social injustices, heal personal traumas and preserve their cultures.
Saturday, November 14 at 10:25 p.m. on Q

The Art of Home: A Wind River Story
From modern art to beading and leather work to drumming and music, we follow Native American artists with a connection to the Wind River Reservation in Wyoming through their creative process. These artists explain how their art connects them to their tribal past, present and future.
Sunday, November 15 at 3 p.m. on Austin PBS
Sunday, November 22 at 6 p.m. on Q

Mankiller
Learn about the legacy of Wilma Mankiller, who overcame sexism to emerge as the Cherokee Nation’s first woman Principal Chief. Through archival footage and interviews, this documentary examines the life of one of the country’s most important woman leaders.
Saturday, November 22 at 2 p.m. on Austin PBS

Without A Whisper: Konnon:KWE
This is the untold story of how Indigenous women influenced the early suffragists in their fight for freedom and equality. Mohawk Clan Mother Louise Herne and Professor Sally Roesch Wagner shake the foundation of the established history of the women’s rights movement in the United States. They join forces on a journey to shed light on the hidden history of the influence of Haudenosaunee women on the women’s rights movement, possibly changing this historical narrative forever.
Sunday, November 22 at 3 p.m. on Austin PBS

Saving The Sacred
The Koi and Habemetol Pomo have called the majestic Clear Lake basin home for 14,000 years. However, rapid urbanization and the looting of artifacts for sale on illegal markets has threatened to erase their long history and rich culture from this unique landscape. In an effort to protect these sacred sites, the tribes unite with their local governments and communities to preserve their priceless culture and past. They honor their ancestors by fighting to preserve what has been left behind. So much has already been taken from this country's native people. We cannot let looters take what little remains. The Pomo are descended from some of the earliest inhabitants of North America. Preserving their past is preserving our future.
Sunday, November 22 at 5:30 p.m. on Q

Native America A four-part PBS series that challenges everything we thought we knew about the Americas before and since contact with Europe. It travels through 15,000-years to showcase massive cities, unique systems of science, art and writing and 100 million people connected by social networks and spiritual beliefs spanning two continents.
Sunday, November 22 on Q
Part 1 at 7 p.m: From Caves to Cosmos Ancient wisdom and modern science are combined to shed light on who were America's First Peoples.
Part 2 at 8 p.m: Nature to Nations Explore the rise of great American nations, lost cities in Mexico, a temple in Peru and more.
Part 3 at 9 p.m: Cities of the Sky Scientists explore pyramids and 3D-scan a lost city of monumental mounds on the Mississippi River.
Part 3 at 10 p.m: New World Rising Horse-mounted Comanche warriors and secret messages encoded in Aztec manuscript are explored.