ATX Together: Education Inequities is now available to stream. How can we ensure every child has equal access to educational opportunities and support so they can succeed, especially as the coronavirus pandemic has amplified educational inequities?

Our Special Correspondent for this episode is Paul Saldaña from Austin Latino Coalition. 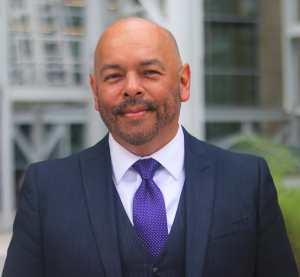 This is his personal essay.

According to the National Center for Education Statistics, in 2018 there were nearly 51 million students enrolled in public elementary and secondary schools in the United States.

According to the Texas Education Agency, the State of Texas public education enrollment for 2019-2020 was nearly 5.5 million students.

Hispanic students accounted for the largest percentage of total enrollment in Texas public schools at 52.8%, followed by whites 27.0%, African Americans 12.6% and Asians 4.6%.

More than 60% (above 3.3 million) of public education students in Texas are identified as economically disadvantaged, meaning they qualify for free and or reduced lunch programs.

As schools across the country grapple with the COVID-19 pandemic and bringing kids back into the classroom, parents and teachers are worried about safety.

When asked about evaluating school district reopening plans, pediatricians, infectious disease specialists and education experts all agreed that there's no such thing as zero risk. But certain practices can lower the risk of an outbreak at school and keep kids, teachers and families safer.

If you're considering sending your child back to school this fall or in the coming weeks, start with assessing both your own family's personal risk and the level of spread in your community.

The American Federation of Teachers says it doesn't consider in-person school to be safe unless fewer than 5% of coronavirus tests in an area are positive. As of late July, that one benchmark disqualified 8 of the 10 largest public-school districts in the country.

During week 38 of the COVID-19 pandemic there were more than 7 million cases in the United States, and over 200,000 COVID-related deaths. Sadly, the pandemic has unmasked the historic inequities faced by our minority and economically disadvantaged communities.

Minorities nationally, on the state level and locally continue to be disproportionately impacted by COVID-19, representing the majority of cases, hospitalizations and deaths.

Over 400 Austinites have lost their lives to COVID-19 and Latinos represent 50% of these deaths.

Today there are still many within our community that remain challenged by the ongoing realities of systemic inequities, economic segregation, unemployment, chronic diseases, lack of healthcare and immigration status.

And there are still many in our community that lack access to the basic fundamentals of PPE supplies such as masks and hand sanitizer.

Today, the Latino and African American communities nationally, on the state level and locally continue to be disproportionately impacted by COVID representing the majority of COVID cases, hospitalizations and deaths.

In Texas, Latino and African American students make up over 65% of the children in Texas public schools. And right here in Austin, Texas minority students make up more than 70% of Austin ISD’s student demographic.

Resuming public education during this pandemic certainly brings a new set of challenges that could further impede efforts to address systemic inequities that have existed in public education for decades.

We know from the results of educational research that socioeconomic status, race and ethnicity are associated with divergences in educational achievement outcomes. It is a fair assumption that in a city that is racially and ethnically stratified and that harbors one of the most extreme levels of economic isolation within our country’s major urban areas, inequities in education are a distinct possibility.

These issues can undermine the academic and cross-cultural learning that supports a civically and economically vibrant society. Those who are responsible for the education of our children must be prepared to face and address these important matters.

Educational equity means ensuring that every student and school has the resources and support needed to assure that all students succeed to their maximum potential, regardless of family income, race, ethnicity and special needs.

Equity in education should be based upon the lived experiences of the students and families served by our educational systems.

And despite the landmark passage of the 1954 Supreme Court case Brown v. Board of Education which ruled that racial segregation in public school was unconstitutional, modern day segregation exists today.

Recently I came across two reports centered around ongoing segregation in our public schools, one by the National Equity Atlas entitled “Separate and Still Unequal” and the other by the American Center for Progress entitled “Isolated and Segregated”. The common theme in both reports centered around the modern day version of a tale of two cities. In virtually every major U.S. metropolitan area, including Austin, students of color are much more likely than whites to attend public schools shaped by high concentrations of poverty.

In all but 5 of the 95 largest cities by population for which data is available, more minority than white students attend public schools where most of their classmates qualify as poor or low-income, according to the analysis of data from the National Equity Atlas.

The reports state rising income inequality has contributed to these trends of economic segregation and thus further exacerbates many of the nation’s student achievement issues. They cite these alarming statistics:

Austin, Texas continues to be one of the fastest-growing and economically strong communities in America. We’re also recognized for our racial diversity and labeled as a culturally vibrant and progressive city.

But for residents the city splits into two worlds with vastly different living experiences. There’s the west side, an affluent population with residents who have accumulated some of the greatest amount of wealth and there’s the east side, where more than half of the local residents live 200% below the poverty line.

Those of us who are native Austinites know the history of racism, classism, inequities and segregation separated by the concrete barrier of I-35.

The city’s long history of segregation continues to be felt in our public school system today where 75% of Black and 77% of Latino students attend majority-poor schools, compared to just 12% of whites.

But deeply ingrained and pervasive economic segregation in Austin’s public schools is no isolated incident. In fact, it reflects a disturbing, nationwide trend. Millions of students across the country attend schools that are intensely segregated by economic status.

Moreover, all students, rich or poor, white and non-white alike, miss out on the substantial benefits of learning in richly diverse classrooms. As the research shows, students across the spectrum are better prepared for post-secondary success when they have been educated in diverse schools and have learned alongside peers who come from all walks of life.

Eve L. Ewing, Author of Ghosts in The Schoolyard, a book about racism and school closings in Chicago’s South Side, said:

"In America we have two different standards for what kind of education we want to offer young people. So, if you have money or if you have access to private school or if you live in an affluent suburb, you get access to a certain type of education. And if you are poor and you're a person of color, especially if you're Black, you get access to a different type of education. This is America, where we know that our country is founded on a history of institutional racism, Jim Crow and redlining... In order for us to understand the way schools operate now, we have to understand that history... In most places if you look at the history of how the city or the town got to be the way that it is, there's racism in the mix."

RESOURCE LINKS
Here are links to take a deeper dive into the topic discussed on ATX Together: Education Inequities.

Resources Mentioned During The Show

AISD: A Segregated District, Then and Now

What White Parents Can Do To Help Desegregate Schools

Will America’s Schools Ever Be Desegregated?