ATX Together: Police Defunding is now available to stream.

This episode presents two sides of a complex and charged community issue. Austin PBS invited representatives from the Austin Justice Coalition and the Austin Police Association to contribute commentaries for this page. We did not receive a post from the police association.

To take a deeper dive into this topic, please see the resource links below Mr. Moore’s commentary. 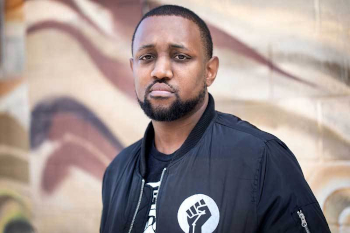 In August 2020 the Austin community took to the streets in unprecedented numbers to demand justice for the victims of police violence. This call reached beyond revenge or reform, aiming at a new beginning — a new public safety paradigm. Community voices were quick to observe that the Austin Police Department was originally created at the end of the Civil War to continue the work of slave patrols by enforcing new vagrancy laws against the recently emancipated. A force created with such express purposes could not be changed through mere reforms or community policing objectives; broader transformational change was needed. New times called for new ideas.

In light of these demands, the city council first approved a series of ordinances prohibiting chokeholds, tear gas, the use of impact munitions on crowds, restricting the use of force on persons fleeing and reducing the purchasing of military equipment, amongst other measures.

This initial stage of “Reimagine Public Safety” was followed by a year-long plan for deep structural and institutional change through the city’s budget, starting with immediate cuts, and unfolding into broader departmental change over time. This process is divided into four key steps:

At every step, reductions and reallocations help create space for new, better programs. Beyond defunding, this is a demand for professional and cost-efficient services, coupled with the intentional channeling of resources into community supported priorities like mental health first response, supportive housing and COVID-19 relief.

The Austin community has faced challenging timeswith local businesses closing, a continued housing and eviction crisis and strained public health services. The old police budget wastefully consumed over 40% of the city general fund while failing to protect the community. Training materials for new cadets were poor and outdated; numerous reports documented deep cultural problems within the department. By responding to widespread city demand, the Reimagine process creates room for real change, while also supporting underfunded and strained departments such as EMS. The process is far from over, and only continued community action can see this through to completion; but, we believe that a first and crucial step has been taken. The reimagining has finally begun.

RESOURCE LINKS
Here are links to take a deeper dive into the topics discussed on ATX Together: Police Defunding.