ATX Togther: The Engage Series - Impacts of Human Trafficking in Our Region 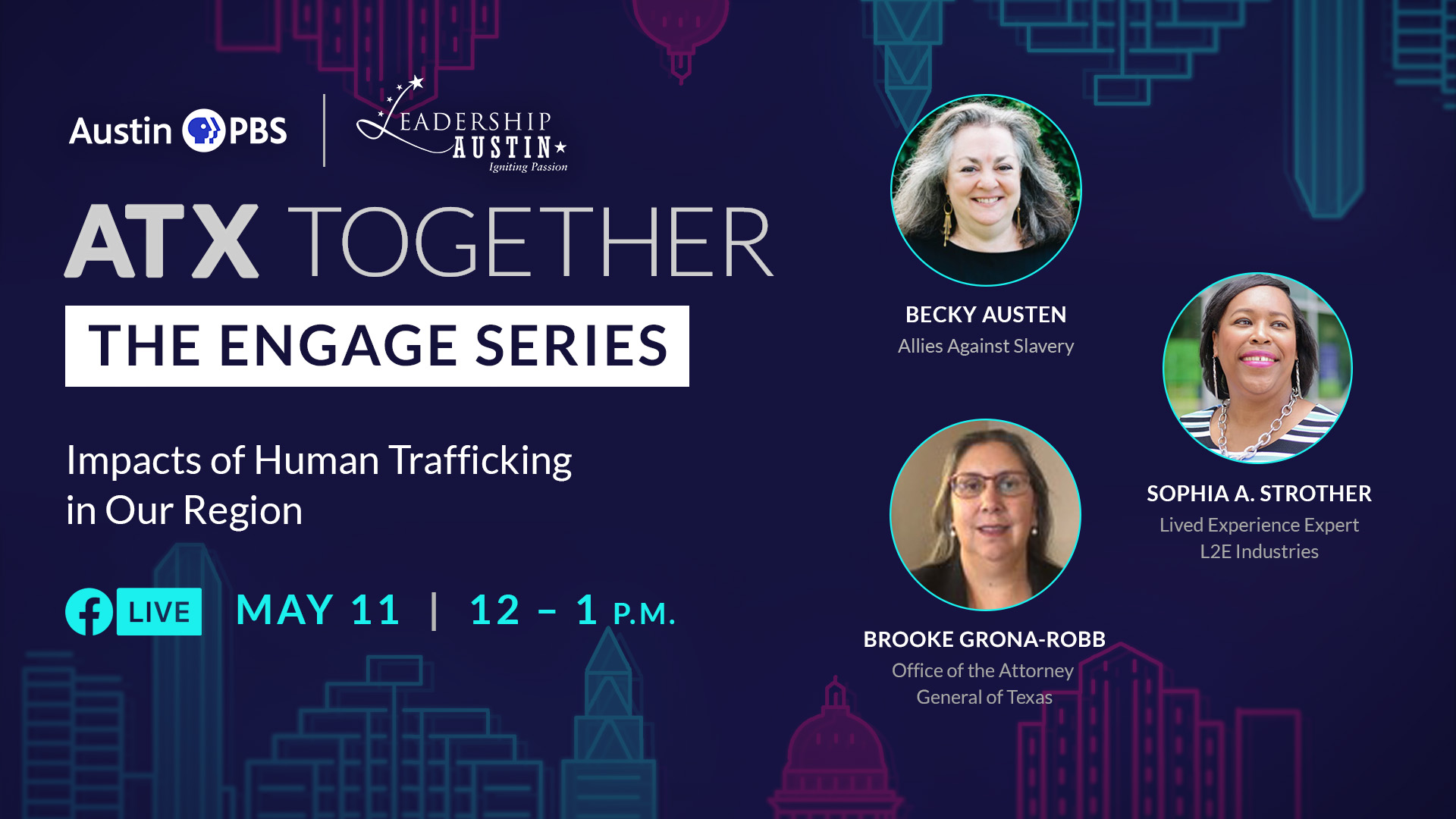 Researchers say traffickers exploit about $600 million a year from 234,000 victims of labor trafficking in the most at-risk industries including migrant farm work, construction, restaurant kitchen work and landscaping services.

The panel will discuss human trafficking in Central Texas, their lived experiencs and stories, address the myths and stereotypes, and explore what accountability looks like for our community.