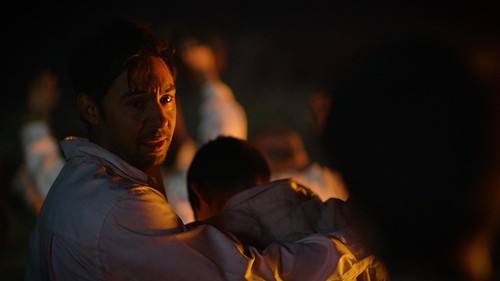 KLRU presents a Voces on PBS film: Porvenir, Texas.
Please join us for this free premiere screening in honor of Director Andrew Shapter who passed away after a long fight with cancer on February 23, 2019.

Porvenir, Texas follows the events and aftermath that took place in the titular town on January 28, 1918. A group of 15 Mexican men – some American citizens – were taken from their homes and executed. The perpetrators then burned the town to the ground and the remaining residents, mostly women and children, fled across the border to bury their dead.

Who were the killers? Why did they carry out such a horrific act?

Through interviews with historians and family members, site excavations and dramatizations, the film explores this tragic story, revisits what led to the events of that fateful night and reveals tensions that remain along the border a century later. Descendants of both the victims and those allegedly responsible recount the stories passed down within their own families. The only eyewitness to the massacre was 12-year-old Juan Flores, who watched the murder of his father and was spared at the last moment.

We hope to see you at The Paramount. __Can't make the screening? You can also catch Porvenir, Texas on KLRU. Tune in this Friday, October 4 at 9 p.m. or Tuesday, October 8 at 10 p.m.